A few Obama pictures and an Obama story 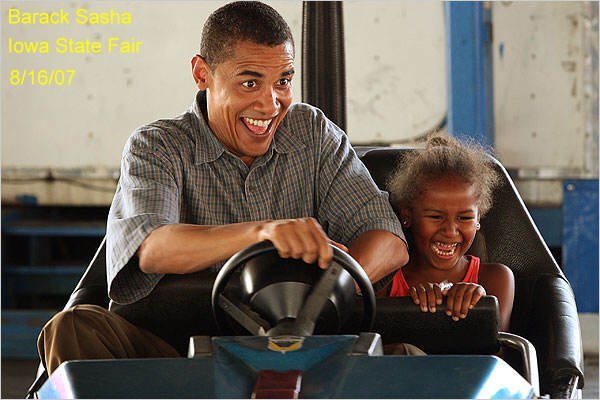 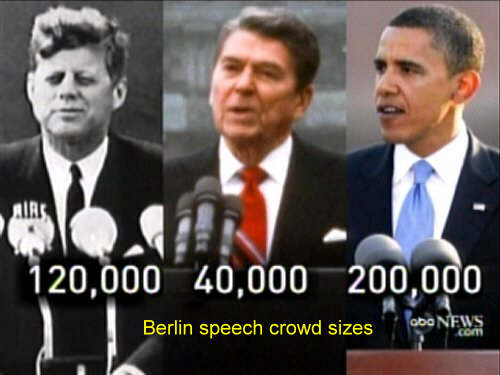 Below is a Reverend Jeremiah Wright Anecdote About "Saint Barack"

In September of 2002, Obama traveled to the annual Congressional Black Caucus conference in Washington DC to try and drum up support for his potential '04 Senate bid. On page 160, Mendell (David Mendell's book on Obama, "From Promise to Power") describes an interview with Wright in which the Reverend talked about Obama's trip:

But what truly struck Wright from that meeting was Obama's astonishment over the black caucus event in Washington. It opened Wright's eyes once again to just how innocent and idealistic Obama could be about the world of politics. [snip]

"He had gone down there to get support and find out who would support him and found out it was just a meat market," the pastor said in an interview, breaking into a laugh. "He had people say, 'If you want to count on me, come on to my room. I don't care if you're married. I am not asking you to leave your wife - just come on.' All the women hitting on him. He was, like, in shock. He's there on a serious agenda, talking about running for the United States Senate. They're talking about giving [him] [snip]. And I was like, 'Barack, c'mon, man. Come on! Name me one significant thing that has come out of black congressional caucus weekend. It's homecoming. It's just a nonstop party, all the booze you want, all the booty you want. That's all it is.' And here he is with this altruistic agenda, trying to get some support. He comes back shattered. I thought to myself, 'Does he have a rude awakening coming his way.'"

Below is a picture I like about Reverend Jeremiah Wright 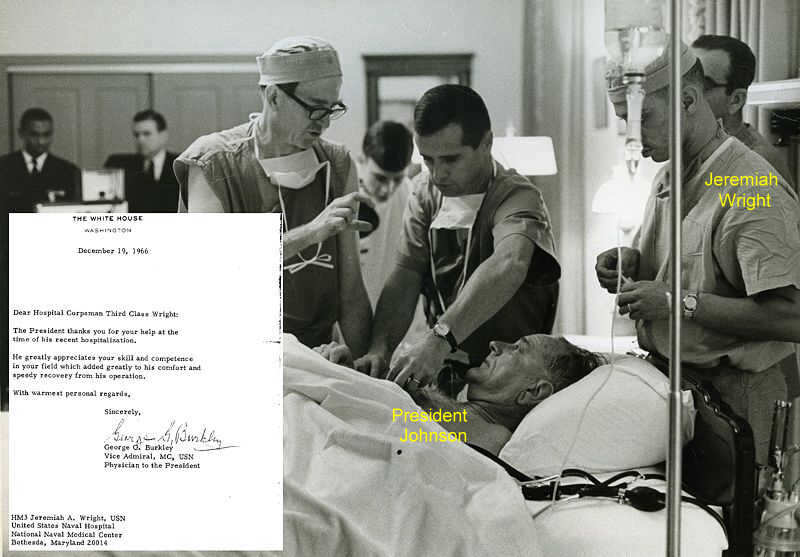